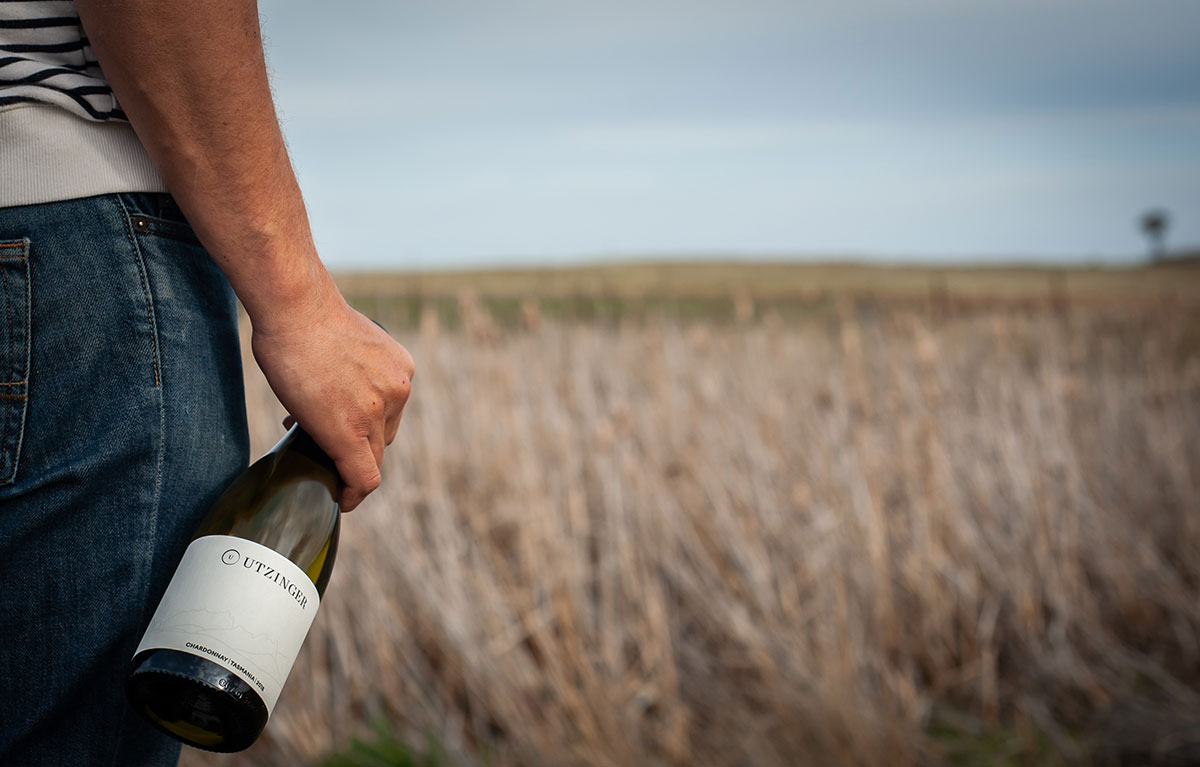 Finally, our 2018 vintage wines are available!  After twelve months in barrel, our Pinot Noir and Chardonnay were bottled in July and are now ready to be released.

The fruit for our 2018 wines was again sourced from the Huon Valley, with Matthias looking after the vineyard from which it originated.  It was an excellent vintage in southern Tasmania and the fruit benefited from the extended ripening period with very little disease pressure.

Our Pinot Noir was hand-picked early April, three quarters were de-stemmed and one quarter was left whole bunch.  After a week of cold soak, the wild yeast started their work and fermented all the sugars within a week.  Temperature throughout the ferment was only marginally influenced, which resulted in a deeper and slightly more tannic Pinot Noir style.  The wine was then pressed using a basket press and filled into big French oak barrels and traditional barriques, where it matured over the next twelve months.  It shows intense boysenberry purple colour, black cherry, dried prune and strawberry fruit with underlying spicy character on the nose.  The relatively soft attack and well balanced mid mouth, with present tannic structure and a lot of spicy aromatics, leads to a medium to long finish.

Our Chardonnay was hand-picked late March, whole bunch pressed and shortly settled before it was transferred into big French oak barrels for fermentation.  Since the acids were higher compared to 2017, half of the barrels underwent a malolactic fermentation which helps to balance the acids and creates a slightly more buttery style of Chardonnay.  The wine was kept in barrels until it had to make way for the new vintage.  It has a bright lemon yellow colour, lime rind, yellow stone fruit and a hint of flint stone in the nose with an underlying subtle oak character.  The fresh attack with crisp acidity and well balanced mid mouth eventually leads to a long finish.

Two new wines are in the making too.  Our “Fumé Blanc” is a Sauvignon Blanc with six months on full lees in old French oak barrels.  This is a wine we are both very excited about; far from your typical tropical Sauvignon Blaunc, it’s a rather surprising wine with a lot of depth and complexity.  We plan on releasing this gem in November.

The second new wine is a field blend of three different red varieties from over 40 year old vines.  This wine is going to stay in barrel for a few more months but it certainly looks promising at this stage.  Stay tuned.

As for the vineyard, in addition to our own planting, we are also working on two small vineyards in the West Tamar which we will be able to source our 2020 fruit from.  We’re really excited to be looking after our own fruit again.  That said, it added a fair bit of pruning work to our already busy winter schedule.  After three seemingly endless months, we finished the pruning and hand weeding in early September.  We’re now ready and are looking forward to a new season in the vineyard (if you are not already signed up, stay connected here).